"You have to go on and be crazy. Craziness is like heaven." 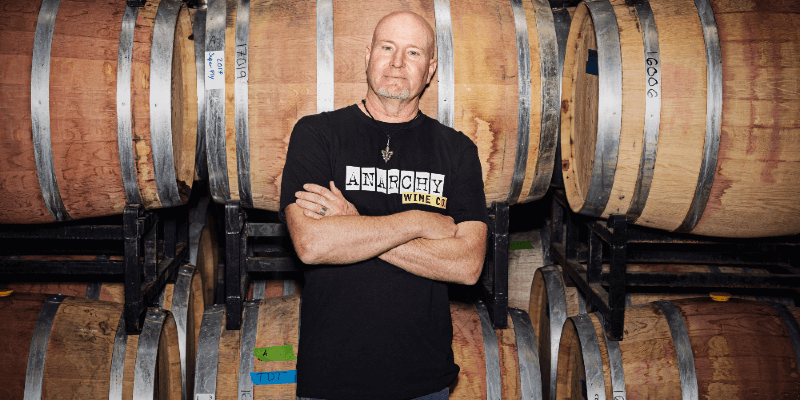 The original Anarchy wine was supposed to be a one-off. It was just an idea winemaker Christian Tietje had for a Rhône-style Zinfandel blend during his time as founding partner at Four Vines. It was never meant to become an ethos. But then they told him he couldn’t pour it at a prominent wine festival because it didn’t have the right pedigree.

Christian isn’t real big on being told what to do, so he poured it anyway—and put an Anarchy symbol on the bottle as a fuck you to the establishment.

The little-blend-that-shouldn’t was a break-out hit, and it wasn’t the only one. Tietje went on to make a whole line of wines that weren’t supposed to be made—Anarchy, Heretic, Monarchy, Peasant, and ZinBitch. The industry started calling them the Freaks; wines that broke all the unspoken rules.

When it was time to part ways with Four Vines, Christian took The Freaks with him. There were a few detours on the way to becoming Anarchy Wine Co (if you know, you know) but eventually Christian set up shop outside a little industrial park in Paso Robles and put the Anarchy Wine Co sign on the door. No rules, no boundaries, just a bone-deep love of wine and a desire to find out what else is possible.

So, that’s what we do here. We push the limits, and make wines you haven’t seen or tasted before.